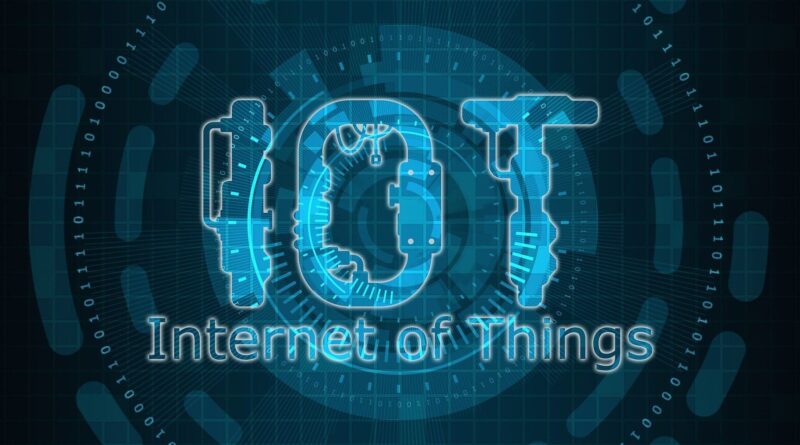 Investing in an IoT-related business is risky, but the potential returns may be well worth it for those who have done their homework. IoT refers to a world where virtually everything – from cars to streetlights, TVs, and clothes – will be connected wirelessly to the internet. Another significant aspect of IoT will be all these objects being able to ‘talk’ with one another.

Many companies are already making considerable strides in the field today, primarily through small wearable devices that can track health metrics such as heart rate and blood pressure. Significant players include Fitbit, Apple, and Garmin. In future years we might see even more fitness-tracking devices replace watches on our wrists. But while many people are excited about the Internet of Things, some have concerns. Here are four risks you should be aware of before investing in IoT-related business.

With the rise of wearable computing devices, privacy considerations must be taken seriously. We’ve already seen incidents where hackers have been able to get their hands on sensitive data stored on Apple’s HealthKit platform, which was quickly fixed following an outcry from users and privacy advocates. The fear is that with all these sensors everywhere (even in our homes) collecting data about us, it will become increasingly easy for companies or individuals to steal this information and use it against us. This could be done by governments seeking out personal health records for surveillance purposes, companies creating targeted advertising based on health metrics, or even criminals gaining access to bank accounts where people store their health insurance details.

The Hype is Real, but It Might Not Last

It’s no secret that the Internet of Things has been getting a lot of hype lately within specific industries. And while IoT offers some exciting possibilities in terms of changing our everyday lives, there are still many technical challenges to overcome before we see this technology being implemented at scale. One major challenge with battery-powered devices is that they tend not to work very well when they’re not plugged in (although numerous companies are working on this).

Other issues include low device prices, big players like Apple and Google entering the game; lack of standards; security concerns; interoperability between devices; and human resistance to change. Despite this, many companies rush to launch products that they claim will be ‘the future of IoT’. In some cases, these claims might turn out to be true. But in others, there may simply be a lot of hot air being blown around.

One of the biggest issues facing any industry today is the lack of interoperability between different systems and devices. For example, suppose you buy a new music player or mobile phone. In that case, you have to change all your existing playlists and contacts from your old gadget – because music players from different manufacturers don’t work together, and neither do phones from different brands. In theory say RemoteDBA.com.  IoT has been designed so that everything can talk with everything else no matter what company makes it.

But the reality is that some big players might try to lock into their ecosystems. For example, Apple has launched HomeKit – a system that lets its users control various devices in their homes (such as smart locks and home entertainment systems) with Siri voice commands. Google has unveiled Brillo – an operating system designed specifically for controlling IoT devices. If both companies successfully gain mass market share, they could own the IoT industry within specific verticals.

The Cost of Ownership

Another challenge facing many IoT-related startups is making objects that are usable by consumers at mainstream price points. Take smartwatches, for example: most available today tend to be expensive, which is why only relatively few people have bought one so far. A couple of years ago, someone launched a campaign on Kickstarter for an Android smartwatch that could be used with both iOS and Android devices. They were asking for $200,000 but ended up raising more than $10 million from almost 70,000 backers who believed the vision they had was great. However, even this product failed to meet its own funding goal (it’s still under development at the time of writing), suggesting it might not be as easy as some people think to produce affordable IoT devices. This shows us that there is clearly demand out there for low-cost smartwatches.es!

The Internet of Things (IoT) is the network of physical devices, vehicles, home appliances, and other items embedded with electronics, software, sensors, actuators, and connectivity which enables these things to connect and exchange data creating opportunities for more direct integration between the physical world and computer-based systems. However, it’s just not about connecting many devices, but instead connecting everything so it can be controlled by everything else. It might sound like a futuristic idea or something out of Star Trek, but there are already many products on the market that use some form of IoT technology.

For example, instead of saying “turn on the living room lights”, you could say “make my house feel like a five-star hotel”. This would make anyone’s home feel better! Maybe in the future, when these devices are created, they will control everything from temperature to sound.

Make the Technology Affordable and Accessible

The technology is already here, but I believe it needs to be more accessible and affordable before we see an actual change occurring in people’s homes. One day this might just become normal and everyday life using IoT products. It’ll take a lot of work to make this a reality, but one day it will be. So how long until we see our homes controlled by a simple voice command, who knows? But the future is a very exciting place to live in with all that IoT has to offer. It’s just going to take some time for people to understand and trust the technology enough so that they can fully use it in their everyday lives.

The Internet of Things (IoT) is the network of physical devices, vehicles, home appliances, and other items embedded with electronics, software, sensors, actuators, and connectivity which enables these things to connect and exchange data creating opportunities for more direct integration between the physical world and computer-based systems.