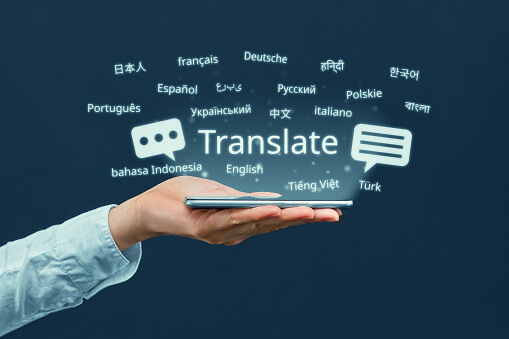 If you are living in America and English is not your first language, then it must get challenging sometimes to read English texts and understand conversations to the fullest. This challenge is made easier by technology and the development of mobile apps. You will find a bunch of mobile apps that accommodate various different languages and can provide easy on-the-go translations. If you are a Spanish-speaking person in America, you are in luck. There are many translation apps that work best with Spanish. Other languages such as Arabic, Hindi, and French are also available. Let’s take a look at some of the best, most user-friendly translation apps!

The iTranslateApp is an amazing translation app for Apple users. It is one of the most popular apps, featuring more than 100 languages. You can also translate in up to 4 languages when offline. Some of the most important features of this app include voice translation, where you can speak in any language and let the app speak out the translated version. It also has an autocomplete feature that assists you in typing texts in a different language, so your communication is not affected. Its most advanced feature is the camera translation. You just have to scan signs or any type of text, and the app will translate it for you. This feature is indispensable while traveling.

If you have Spanish-speaking teammates, neighbors, or friends, you can make great use of this app. It lets you converse in a foreign language by just requiring you to speak into the phone in your original language, and then it translates. It has more than 90 languages, with all common languages such as Spanish, Arabic, German, and much more. Its no-typing feature provides a lot of convenience to users.

TextGrabber is an excellent translation app for both Android and iOS devices. It is mostly useful for scanning texts and translating. So, Spanish-speaking people in America can really take advantage of this app when dealing with office documents, school courses, and public notices as well. The app allows full automation, by letting you use the translated text as emails, text messages, social media posts, or anything of that sort. Keep in mind that the app requires access to your camera, so you should go thoroughly through the privacy policy, so you are aware. When online, the app has more than 100 languages, and 10 languages when offline. It translates in real-time, as long as you have a high-speed internet connection that can allow the app to run quickly

VOCRE is an amazing translation app for phones. It is also the best for on-the-go use since it offers several languages even in offline mode. It has more than 59 languages and comes with all the advanced features such as voice and text translation. Its compatibility with all the newer versions of iOS is commendable, therefore it makes up to be a good translation app for iPhone users too. This app is most useful when you are speaking to someone who doesn’t speak your language. And since its offline mode includes all 59 languages, it’s ideal for traveling even in remote areas.

One of the biggest challenges non-English speakers face in America is in theaters and movies. If you are watching an English-language movie and want to grasp the dialogues properly, then this app will work the best for you. It is particularly for Spanish-speaking people. All you need to do is connect headphones to your phone, launch the app, and wait for the movie audio to sync with the app’s translation. From there on, you will be able to watch the movie in your language. Your phone’s microphone will be capturing the audio, and the app will translate it from there. Therefore, don’t forget to keep your mic free.

All these apps require compatible devices such as Android or iOS devices, and internet service. Without the internet, you might not be able to access all features and languages. You can try out Spectrum internet packages since they are so affordable and specifically cater to Spanish-speaking individuals in America. You simply need to check out various affordable Spectrum Offers and get your hands on the best one for you. Call numero de Spectrum at 1-844-487-2710 for the most professional and friendly customer service!