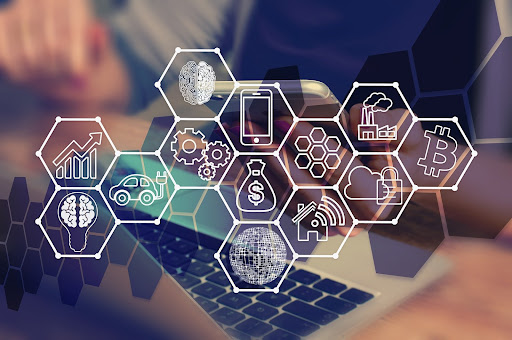 Explaining the impediments to IT infrastructure migrations

Migrating a clutch of custom software to work with a new, ERP is tough; trying to keep all one’s users happy with their existing office apps such as Word and MS/Exchange, can be stuff from which nightmares are made.

What sounds like a no-brainer to the board of the company because it makes sense on a spreadsheet or in a presentation does not translate well when it comes to the actual nuts and bolts.

Having been through this scenario a couple of times where IT was the last department consulted (ahem, I mean one of the first departments advised of the decision after it was made) I have a thought or two of what I wish I had known and tried before accepting the inevitable.

Our first path was to avoid the impending disaster.  We saw that there was a veritable morass of impending costs and knew there would be finger-pointing on the other side.

The ancient Greek, Aristotle studied the concept of persuasion, arriving at a concept still in use today and referred to as the Rhetorical Triangle.  In his time, it was thought that there were in fact 3 minds, namely:

Respectively, these are still referred to by their greek given names: Logos (logical), Pathos (empathy), and ethos (ethically).

Thus, when presented with a decision as fait accompli, it is worth leveraging these means to try to revisit such a decision. Each aspect of counter-argument tends to leverage one, if not more, of these elements.  However, working one’s way through the triangle helps to strengthen a counterargument.

One might point out for example, that logically, the true cost of ownership when taking into account all the changes to be made, is far higher than forecast.  Or, explain that there is a great deal of attachment and confidence in the existing solutions and processes that will be disrupted.

Many times, there are several arguments that need to be voiced to sway a decision.  It is best to pace which arguments you play, starting with the logical and closing on the emotional.  With Logos you establish yourself as a reasonable and unbiased broker of information, willing to consider many sides.  Moving on to the Ethos you expand to explain how the changes are likely to cause confusion.  And your final arguments, as they are more about sensitivity, would instead, hinge on feelings such as betrayal, swaying people with your Pathos.

However, going directly to the decision-makers turned failed.  It was at this point that we identified a new ally.  For you, it might be outside of the organization or project and yet still have a reason to contribute.  One of our unexpected allies was found in a systems integrator who knew our business and could offer an independent perspective.

There are many companies like the one that helped us, for example, a firm like Arrow Systems Integration has a great deal of knowledge about our type of business.  They are able to advise on the complexity of migrating data, integrating our workflows that rely on MS/Exchange and ensuring that our endpoint APIs would continue to be serviced.  In their review, they too showed a more accurate cost of the integration.

Cost out the Hardware

While our board was fixed we surmised on the name of the ERP solution, what we found was that the full cost of the hardware investment was missing.  No computation had been made for the amount of disk space, the additional CPUs we would need, nor the time it would take to transition (and that we would have to run both old and new systems).

And we found that various peripheral items had also been omitted from the price tag.  As we worked through the changes, we discovered that, as our business does a great deal of printing, the cost to end our existing arrangements and find alternatives were grossly under-estimated.  It was amazing that those proposing the original work had not investigated solutions from vendors like iprint technology.  Doing so could have saved cost.

By far, the biggest issue – and what eventually saw the project fail, was that Plan B was to make Plan A work.  What was supposed to be a 3-month migration to new software dragged on for 18 months.  Nothing had been budgeted for so long.  The new supplier, after 9 months, themselves had lost the desire to implement their technology.

It was only after spending thrice our annual IT budget that the company decided to reassess the decision to migrate.

Mistakes Were Made Others Will Be Blamed

When the dust settled, we, fortunately, had a trail of emails to show how, from the start, the project had been ill-advised.  We were able to leverage earlier presentations and show that we had warned that the jump to a massive replacement of core systems would not work.

The groundwork did, however, offer so face-saving: it had cleaned up data servers, directories, and simplified processes and reporting. In the end, the entire effort was explained to our investors as an effort to streamline the business.