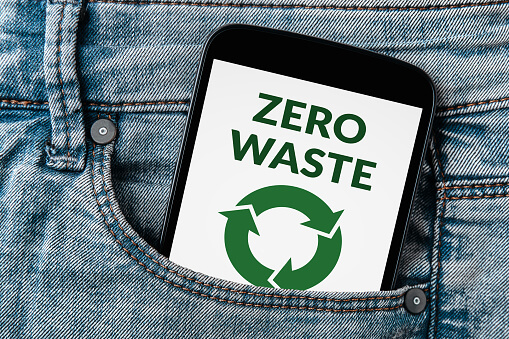 Many are conscious of their carbon footprint because they know global warming is a fact. It’s not a matter of opinion that could be contested. Moreover, it’s not a problem of the future. It is happening now. And the evidence that points to the ever-increasing threat of this phenomenon is aplenty, felt everywhere.

The Earth’s climate began changing exponentially around the mid-20th century. And the primary cause is human activity. Most of the warming was recorded in the past 40 years. The consequences include global temperature rise, warming oceans, shrinking ice sheets, glacial retreat, decreased snow cover, sea level rise, declining Arctic sea lakes, ocean acidification, loss of plant and animal species, and extreme weather events.

If not corrected ASAP, global warming will put humans on the brink of extinction.

Now, why are we alluding to these scary accounts? The reason is that we want to convince you to get behind the fight against global warming. As an individual, a simple lifestyle change will do. For example, you can support and adopt gadget sustainability.

Gadget sustainability is all about the conscious use of gadgets such that we contribute as little as possible to unnecessary e-waste. By doing so, we limit our carbon footprint linked to gadget production and distribution.

So, why should you champion this cause? Here are some benefits that may convince you.

The positive effects of gadget sustainability

Manufacturing is good if we look at it purely as a means to produce useful consumer goods. But once we look at it from an environmental perspective, it becomes problematic. From product assembly to shipping, the whole process requires a lot of energy. The by-product is carbon in the atmosphere.

Gadget sustainability seeks to solve this problem. For instance, if a majority of people decide to buy refurbished gadgets, there will be less demand for new products fresh from a factory’s assembly line.

The phone that many of us use is made of an array of raw materials. Most of them are extracted from the earth through mining. As we all know, that’s bad for the environment. Unfortunately, as long as there is demand for new gadgets, mining won’t and can’t stop.

With gadget sustainability in mind, one can be more conscious that every gadget they hold in their hands comes from raw materials that Mother Earth suffered to produce. If more people share this sentiment, refurbished gadgets will become popular, thus reducing the need for those raw materials.

In 2016, there were 45 million metric tons of e-waste on our planet’s surface. That’s a lot. By 2020, that number was pegged to exceed 50 million. The year 2021 is almost over and one can say that, most likely, that prognosis has come to fruition given our still collective affinity for new gadgetry.

Again, to solve the problem of e-waste, gadget sustainability comes into play.

Those e-wastes are not like dormant volcanoes causing zero harm. They contain toxic components that can easily seep into the environment. Think cadmium, chromium, flame retardants, and lead, to name a few. Lead exposure, for instance, may cause serious harm, including brain damage or death.

With gadget sustainability, this risk may be reduced if not eliminated entirely.

How you can support gadget sustainability

If you’re ready to fight the good fight, here’s what you can do.

1. Take care of your gadgets

There’s this thing called planned obsolescence. Basically, companies like Apple give their products a death sentence as soon as they release them to the public. That latest iPhone you bought will likely last you three years if Apple had its way.

But you can have it your way through simple gadget care. Don’t overcharge your gadgets. Be cautious when you’re holding anything liquid and you have a gadget nearby. Avoid being a klutz. Or if that’s not possible, make sure your phone or laptop’s protected with a sturdy casing. That way, you could circumvent planned obsolescence.

If a gadget conks out for good, don’t throw it. As they say, one person’s waste is another person’s treasure. What you can do is go to a repair shop and ask if there’s a way for them to salvage the gadget. If that’s not possible, ask if they’re willing to buy it for the parts they could still use.

It’s also possible to trade in old gadgets for new ones. Check with your service provider what deals they have on offer. Here you’ll be getting a new gadget, but at least your old one did not go to waste.

If you have the option to buy a refurbished gadget, do so, but buy from authorized parties. Refurbished machines and devices have been expertly repaired for both hardware and software issues. They’re cleaned from the inside out to look, feel, and work like their brand-new counterparts. Plus, they come with a warranty, which can be anywhere from a few months to a year. Rest assured you’ll take home a product that’s worth your money.

Don’t shy away from tricky and politically charged discussions such as global warming and gadget sustainability. Talk about them with friends and family whenever you get the chance. Just make sure that you talk to inform and not to antagonize. There is no way you can win new believers with hate talk. So keep that in mind. Also, with every argument you mention, back it up with supporting facts.

Through gadget sustainability, you can be afforded significant advantages. For starters, you get to maximize your tech budget. You won’t be tempted to spend more than necessary on phones and laptops, for example. But most importantly, you know you’re doing something essential for the service of mankind. In your own small way, you get to join the fight against global warming through personal carbon footprint reduction. And that’s what matters – simple efforts do suffice.