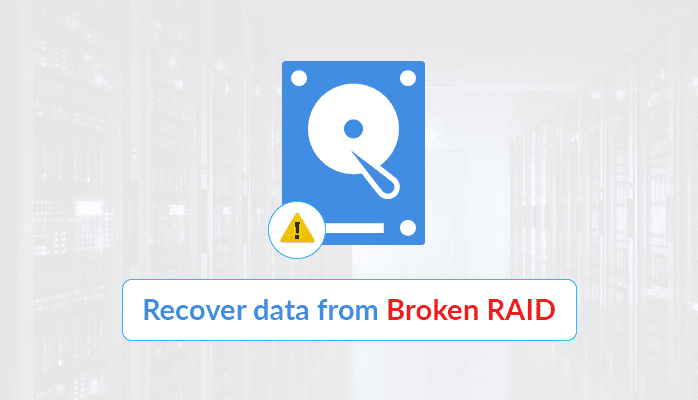 In this write-up, we will discuss the techniques for RAID recovery that will help you to recover data from RAID sets i.e,  RAID 0, RAID 5, or RAID 6.

Use Seagate IronWolf Pro to save your time.

When the RAID i.e, Redundant Array of Independent Disks array gets damaged, you become unable to access RAID volume and the data is lost. But like other drives, you can’t access or restore data from RAID hard drives independently. You need to reconstruct or set up the RAID configuration again to retrieve the lost data.

However, it’s not that simple RAID is a complex data storage technology that has multiple disks to build up one logical volume. When RAID is the build-up, Various parameters like the number of disks, parity, block size, block order, disk offset, file system, etc. are defined. You must save these RAID parameters while the construction of RAID array construction. As they become accessible when you reconstruct and recover data from a corrupt RAID.

Let’s begin with understanding why we use RAID and how we can prevent data loss and corruption in RAID.

Why do users need RAID HDD?

RAID HDD is used due to its advantages that are mentioned below:

How to Recover Data From RAID?

Below are some solutions for RAID recovery to recover data from RAID. Here is some point of issues where these steps will help you recover important data files from a corrupt  RAID:

Let’s see the steps that will help you to restore the important data from damaged RAID:

Once the RAID is corrupt, failed, becomes inaccessible, avoid executing any hit & trial method, especially if your data is very crucial.

Step 2: Remove the connection of Hard Drives from the RAID Rack

Turn off the broken RAID set and Disconnect each hard drive from the RAID array. Keep the drives in a safe and secure place.

Once you disconnect drives from RAID 0, RAID 5, or RAID 6 array, connect each drive to a Windows PC. You need to use SATA/IDE connectors or a SATA/IDE to USB 3.0 converter cable or enclosure—especially if your laptop or PC motherboard has not  SATA/IDE ports available.

This is the most important step as a drive may fail due to some internal or any problem at any time, which can also lead to broken RAID. Frequent check-up of SMART status provides you a better and deeper understanding of the drive. Also, it helps you to know whether the drive is suitable or can survive a data recovery scan.

So, here we discussed a manual way to recover important data from a corrupt RAID.

Here in this blog, we discussed different solutions to recover data from RAID. You can fix the issue manually.