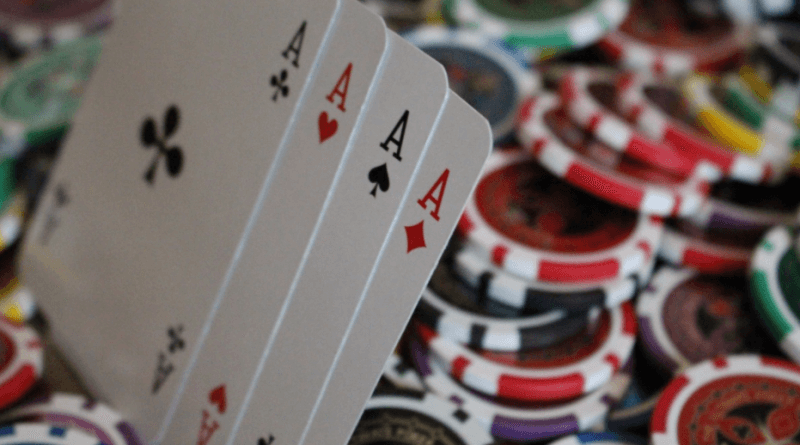 Cloud technology has evolved rapidly in the business world over the course of recent years. Today, we see cloud services even in smaller businesses and new startups, when not too long ago they were used primarily by larger enterprises. And with cloud options and applications still evolving today, we want to take a brief look at an interesting possibility that isn’t discussed very frequently with regard to offices: the introduction of cloud gaming, and cloud poker specifically, as a means of boosting office morale and sparking team-building.

For those wondering what exactly we’re referring to, cloud gaming is widely viewed as the next iteration of gaming in general. Right now, most games are still played via discs in consoles or PCs, downloaded apps, or downloaded files on a local drive. Just as cloud computing has led to streaming becoming the norm regarding music, television, and films, however, it is now poised to take over gaming as well. Improving networks and cloud capabilities are inching us closer to an inevitable reality in which the majority of games are streamed, rather than purchased physically or downloaded locally.

One can see how this will become an appealing option for office environments. Physical consoles are not always handy, phone usage during the day isn’t always encouraged, and game and/or app downloads take up valuable space and may in some cases be prohibited by cybersecurity protocols. Cloud gaming will provide people in offices with a recreational outlet during breaks without any of these issues being obstacles. But why does cloud poker specifically seem promising for offices?

First and foremost, the simplicity of poker gameplay makes it more appropriate than a lot of alternatives for an office environment — or even during a remote workday for that matter. While there are already plenty of bigger, console-style video games that can be played via cloud networks, they are often more disruptive by nature. That’s all well and good for providing some recreation to boost morale among employees, but it can become somewhat distracting. Poker is a calmer, simpler game that can offer that same boost, and the same brief escape from work, without requiring loud volume, frantic controller or keyboard flicking, or for that matter much of an adrenaline rush on behalf of the gamer!

Cloud gaming as a sort of next step forward for the industry is still working it out. But it’s worth noting that as this happens, there is already an infrastructure for online poker, consisting of real- and play-money platforms alike. This is a game that has thrived in various capacities online for decades, and which should therefore make for an easy addition to early cloud gaming networks. Highly professional poker platforms have grown and adapted over time, and will in due time be supported specifically on cloud gaming networks — where they’ll likely be some of the most finely tuned gaming options available.

Most important in singling out poker is that it’s a game known to foster social activity and team-building. Even serious pros in “high-roller” circles have cited poker as a social and jovial game — one that’s as much or more about connections as it is about winning and losing hands. Granted, this is somewhat more the case with in-person games. But even in a digital, cloud-based environment, office teams can grow closer through the occasional poker game. There’s just a pleasant intimacy to the game that seems to bring people together, making it the rare form of team-building that’s actually enjoyable.

These perks make poker stand out, but it is ultimately just one of many examples of could gaming that could be useful in office spaces. As businesses continue to rely more and more on the cloud, and as cloud gaming comes into its own, it is likely that this will become a common form of recreation for employees. The mere availability of streamable game libraries will be a morale boost to a lot of people in working environments that allow or encourage breaks. And in time some games, like poker, will likely become regular go-to options.